Have you ever googled “lunch for picky eaters” and when you look at the search results you think “yeah right, as if my kids would eat this! What part of picky eater didn’t Google understand?”

I’m sure I’m not the only one who finds preparing school lunches a big headache. I only have one daughter, but since she turned 3, she became extremely picky with food. Not only did she stop trying new foods (she was very adventurous before, and would try anything when she saw a plate of food) but she also stopped eating the foods she liked (the veg were the first to go of course). Dinners are a bit of a nightmare and have become really limited and repetitive. So since she spends 5 hours at school I try to make it a point that her packed lunch is as healthy and varied as possible.

It would be easy to repeat the same 4 favorite foods, probably my daughter wouldn’t even mind, and I would be almost sure that she would eat all her lunch. But instead I decided I would include new or different foods as much as possible for her to be exposed to them, in the hope that one day she will decide to try something new.

My favorite lunch box at the moment is the Yumbox, because it allows me to give food of different textures in the same box. It also gives an idea of what food groups to use and also portion sizes. So the lunch is constructed on foods containing: carbohydrates, protein, dairy, fruit and vegetables. Some foods will be a mixture of these groups of course. To introduce new foods with the reassurance that my daughter will still eat something, I always include enough of the foods she likes to get her through the morning. Then I supplement with something she might try. So below are a few examples and ideas… 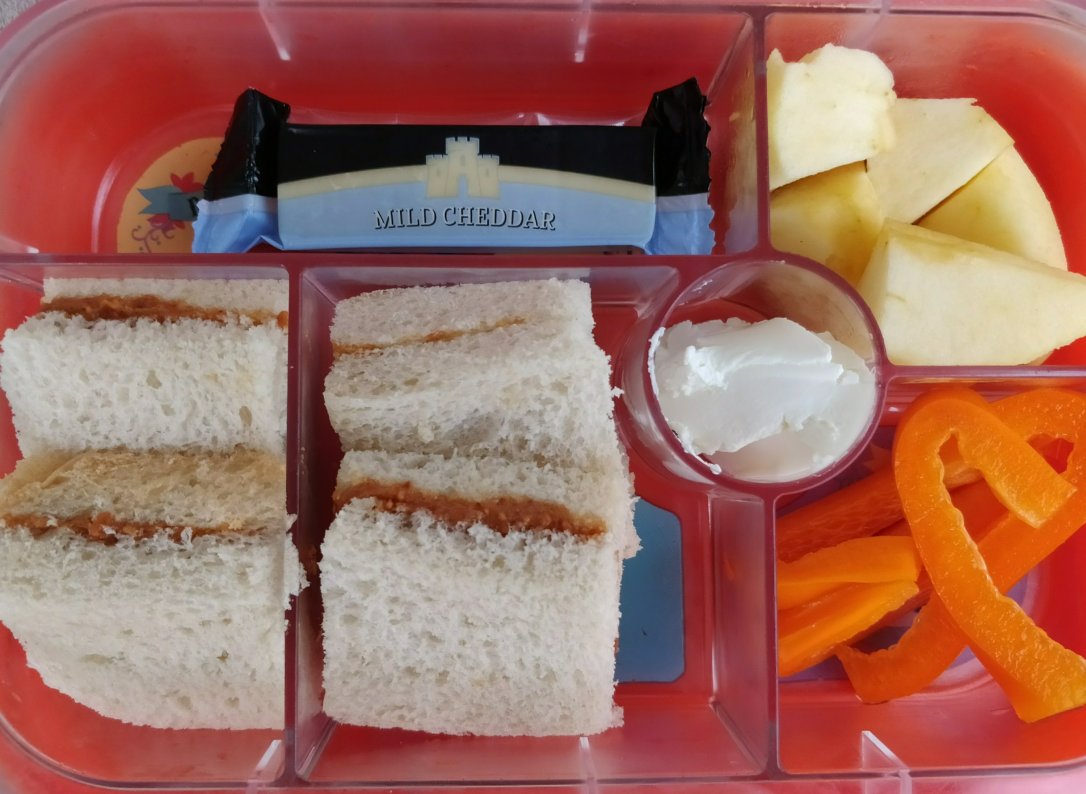 I know my daughter won’t eat the orange pepper dipped in the cream cheese but I included it anyway in case she decides to try it out.

This was the first time I gave her ham and cheese wraps so I put in a few bread sticks in case she didn’t eat them. But she ate them all even though at home she never wanted to eat wraps. Sure enough the cherry tomatoes came back and so did some of the plum. But since then she started to eat plum on occasion (mood permitting).

Conclusion: some kids are picky eaters​ but some might be just extremely hard headed like my daughter and need to be exposed to different foods repetitively before they decide to try them out. So don’t give up mums. You’re doing great. Just put the ball in their court!

Be sure to follow my blog for more ideas on school lunches in the coming weeks!

View all posts by vanillamummy

This site uses Akismet to reduce spam. Learn how your comment data is processed.